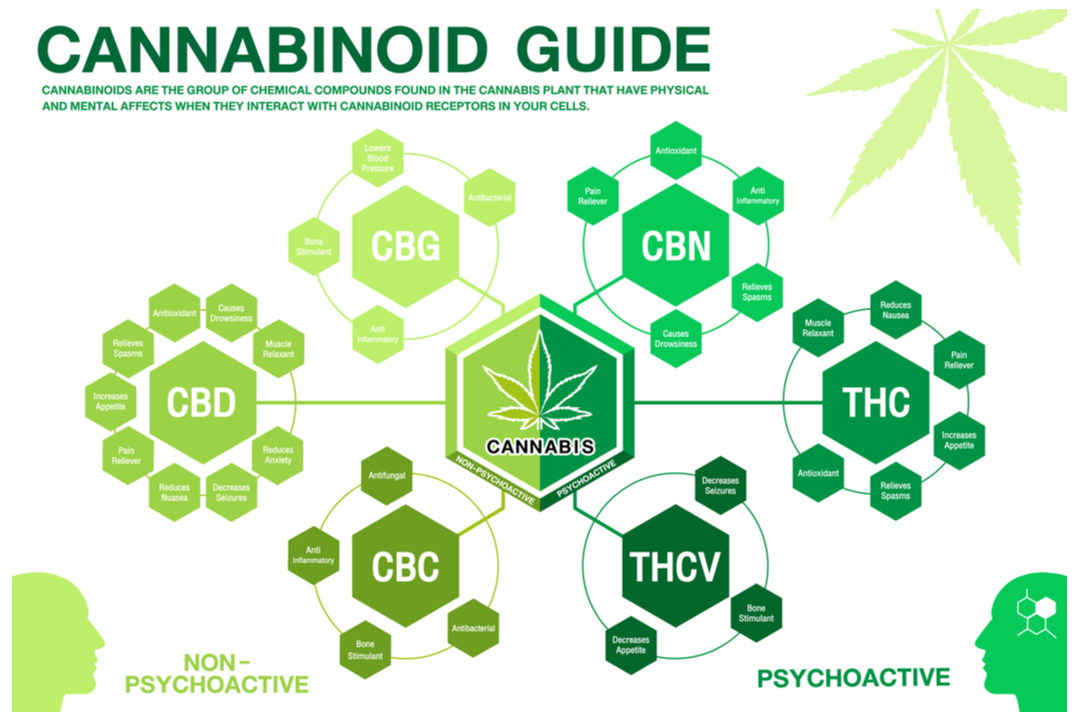 Which associations pop up in your mind when you hear the word “cannabis”? While many people still think of it as a recreational drug, this perception is not accurate and very limited. Following its legalization, the cannabinoid industry has been garnering a lot of attention in recent years. As the industry continues to grow, so does the list of medicinal implications and consumer applications of cannabinoids, leading to a rapidly expanding market.

Cannabinoids are naturally occurring compounds found in the Cannabis sativa plant. The two most well-known cannabinoids are CBD and THC, which form the entire industry. In addition to those, scientists have already discovered hundreds of cannabinoids. Only a few of them have an intoxicating effect; most cannabinoids, in contrast, offer various health benefits. As the popularity grows and clinical trials commence, new potential uses are continually being discovered.

However, many cannabinoids are challenging to isolate from the Cannabis sativa plant due to their rare nature. Specialists referred to them as rare cannabinoids, and many of them offer unique properties, applications, and benefits. Exploring these rare compounds has led to endless possibilities for consumer and medicinal applications.

Let us consider the most important of them.

CBG has also recently started to gain traction in the consumer market. This non-intoxicating compound offers unique benefits, specifically amongst inflammation and pain. CBG interacts with the nervous system, creating implications for antiepileptic benefits. In addition, its antibacterial properties have a promising impact on treating digestive conditions. Expect this cannabinoid to become increasingly more popular in the coming years.

This non-intoxicating compound is naturally present in THC and CBD-rich strains of Cannabis sativa. CBN shows promise for positive impacts on appetite, neurological health, and potentially sleep. At this time, there is not enough evidence to draw definitive conclusions around this cannabinoid’s effect on sleep, but the results of ongoing studies will provide more details.

The CBC compound has been heavily researched over the past few decades but is still relatively hard to extract from the plant. Limited lab studies revealed that it appears to interact with the brain to modulate the sensation of pain and promote brain health without causing intoxication. Due to the difficulty in obtaining this compound, there are not many products that prominently consist of this cannabinoid. However, there is evidence that including this compound may contribute to a theory called the entourage effect. This theoretical form of synergy between cannabinoids may further promote the benefits when they are used together.

CBDV is structurally similar to CBD but is different enough to be classified separately. This compound is mostly known for its potential antiepileptic benefits and has been researched for its ability to treat inflammation, pain, and neurological disorders. This rare compound is only present in the cannabis plant in minimal amounts but may strengthen other cannabinoids’ interaction through the entourage effect.

CBGV is an analog of CBG and has similar properties but is lesser-known and is only available in tiny quantities within a cannabis plant. Initial studies have shown that it may have the unique property of increasing the bioavailability of CBD, or in other words, may enhance the effects. This compound has also shown potential digestive, antibacterial, and glaucoma fighting benefits.

Other potential rare cannabinoid applications may include anti-stress and minimizing the effects of PTSD and lifesaving benefits like cancer and asthma treatment and reducing a patient’s chances of rejection of an organ transplant. These cannabinoids also offer a greater delivery rate as they can access the blood-brain barrier via the endocannabinoid system.

Why use rare cannabinoids?

As ongoing research reveals new benefits of cannabinoids, the market size and potential for the use of these compounds have also continued to grow exponentially. These compounds have entered various medicinal industries like pharmaceuticals and consumer industries like natural health, food, and hygienic products. Consumers are generally moving towards natural products as the movement to cut out harmful synthetic compounds and chemicals continues to grow. Therefore, manufacturers turn to these natural compounds to make healthier, safer products with additional benefits. The pharmaceutical industry has expressly noted the benefits of cannabinoids, including high efficacy against many ailments with fewer side effects.

How to obtain rare cannabinoids?

How, when we know the great benefits offered by rare cannabinoids, let us address the main challenge – how to produce them? They appear in the cannabis saliva plant in such minimal amounts that their extraction is expensive, making the cost of rare cannabinoids prohibitive for most use cases. This results in limited supply and makes it increasingly difficult to use these compounds in real-world applications.

Biomedican has developed a patented biosynthetic method of growing rare cannabinoids in proprietary yeast to address this issue. The unique process allows us to extract and purify the most demanded rare cannabinoids: cannabigerol (CBG) and cannabigerolic acid (CBGA) in large quantities without undesirable byproducts often associated with adverse side effects.

Biomedican’s patented method creates an engineered strain of yeast, Yarrowia Lypolitica (YL), through sugar and water. This process can be easily upscaled to produce larger volumes of pure rare cannabinoids that can be used in countless products across a wide variety of industries. Our proprietary biosynthesis process and strain of proprietary yeast serve as a reliable source of pure low-cost clinical-grade cannabinoids biologically identical to those found in nature.

Our goal is to make rare cannabinoids widely available at a lower cost, so millions of people can benefit from their unique qualities.