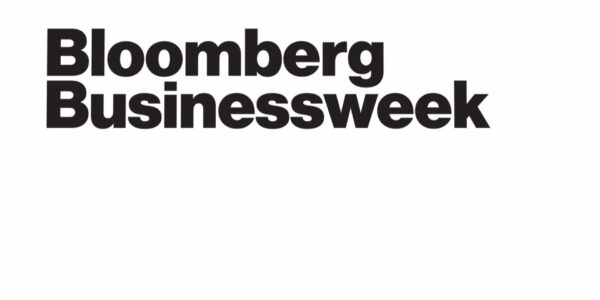 Max Mikheev, Founder and CEO at BioMediCan, discusses the business and benefits of artificial-cannabinoids. 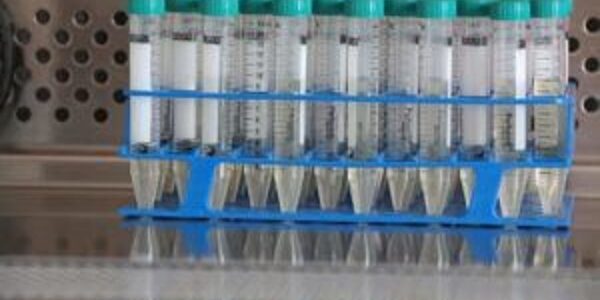 “The global demand for rare cannabinoids is growing astronomically,” said Biomedican CEO Maxim Mikheev. “We are fully confident we will have the highest quality and lowest cost product in the market.” 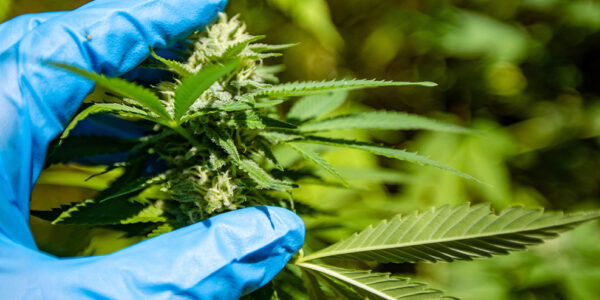 Biosynthesis of rare cannabinoids is one of the fastest growing markets in the world today, and BIOMEDICAN is uniquely positioned with what we believe are the best intellectual property and results in the space.  CBG/CBGA represents the next generation of many new cannabinoids we will be taking to market, and we are fully confident we will have the highest quality, highest yields, and lowest-cost product on the market, which we believe will make us the market leader in the months and years to come. 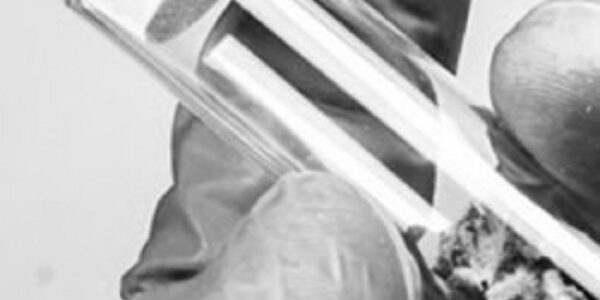 O’Neill said that while other companies are advertising the capability of producing minor cannabinoids like CBG, in his view the volumes and the pricing of those ingredients will not be competitive with BioMedican’s platform.

“We purposefully stayed away from CBD. Prices have collapsed and it has become a commoditized market full of me-too products,” he said. 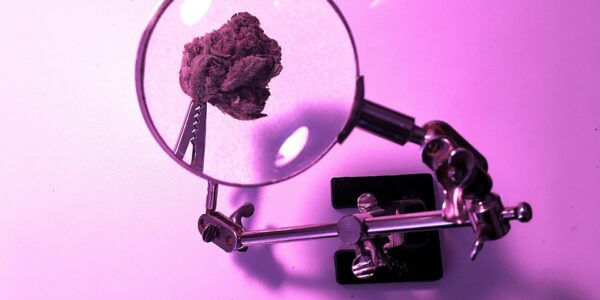 THCV: the New Cannabinoid that will Conquer the Industry

Fortunately, recent innovations in biosynthesis are making THCV easier to produce than ever. Now cannabinoids can be synthesized without plants, resulting in shorter production cycles, less work and energy, and higher yields . The end result is a non-GMO, pharmaceutical grade organic product that is 70-90% cheaper than wholesale prices. Biosynthesis is also more sustainable than plants, since it uses 90% less natural resources and energy. 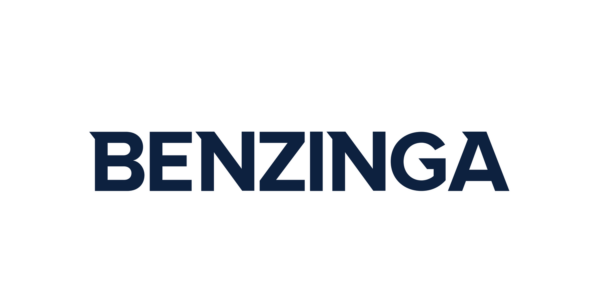 THCV produced through biosynthesis can also be added to any edible with zero modifications, which will give it a major advantage in the food and beverage industry. Health food companies will be able to add THCV to a variety of foods and beverages, including protein bars, chocolates, cereals, granola bars, and sports drinks. 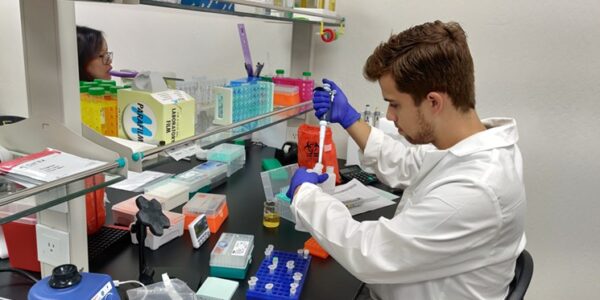 One biotech company is looking to shake up the cannabinoid-product industry by using biosynthesis to produce rare cannabinoids at a fraction of their current price. 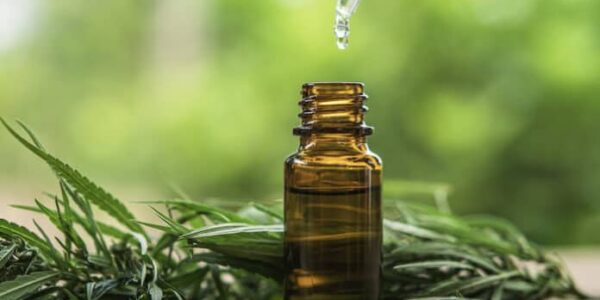 How Rare Cannabinoids are Disrupting the Pharmaceutical Industry

The global cannabinoid market will take a significant toll on the environment. A kilogram of cannabis releases roughly the same amount of carbon dioxide emissions into the atmosphere as three million U.S. cars. Biosynthesis is at the forefront of a safer, more efficient, and environmentally friendly way to produce rare cannabinoids. 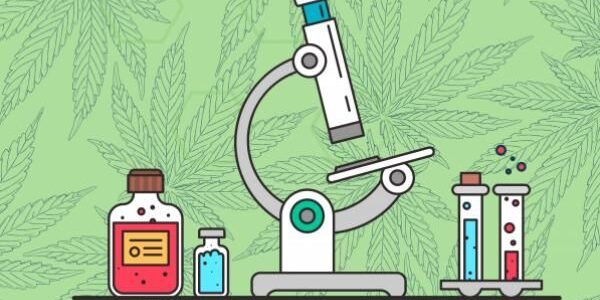 Is the Cannabis Market Ready for Lab-Grown Cannabinoids?

“We’re not competing with anybody that’s in that grow, harvest, extract and purify business,” says Biomedican CFO Dennis O’Neill.

The biotech company uses a genetically-modified, proprietary version of yeast to produce cannabinoids without the need for cannabis plants. The resulting cannabinoids are said to be bio-identical to the molecules that can be found in nature.

“We produce 99% pharmaceutical grade products,” says O’Neill. While the method used by Biomedican employs GMO yeast, the final product does not contain any of it, which is why the company can claim its cannabinoids are organic and GMO-free. 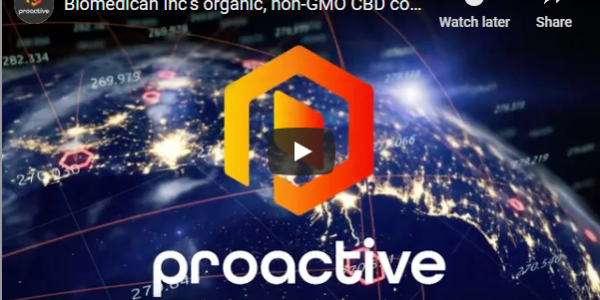 O’Neill says because its CBD product produces 0.0% THC, it opens up distribution channels for the group. The group is expected to begin large-scale production in 2021. 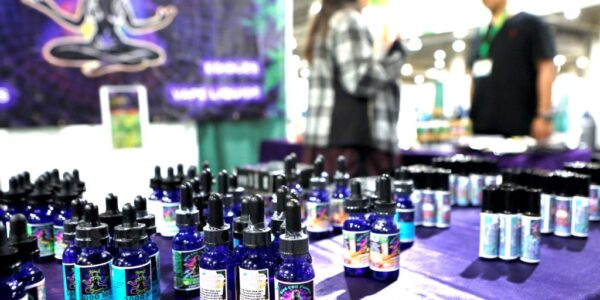 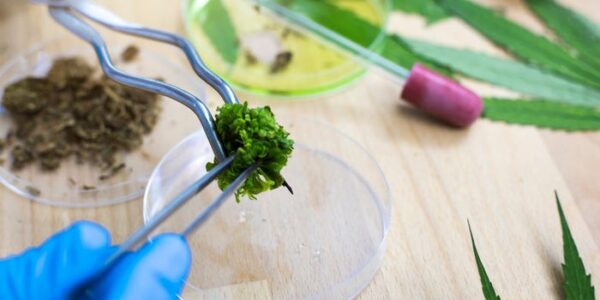 Synthetic Cannabis Could Disrupt The Marijuana Industry In A Big Way

“By creating biosynthetic cannabis compounds, companies also skip any issues using the real cannabis plant, which remains illegal at the federal level. And the costs are dramatically lower. Biomedican, a company that is working in this area, claims that they have 70 to 90 percent lower production costs than cannabis farms.”

“All the federal and state regulations are around touching the plant and producing THC at any point in time,” said Dennis O’Neill, chief investment officer of California-based Biomedican. “That creates a big opportunity for us because these rare cannabinoids are the next generations of CBGs.” 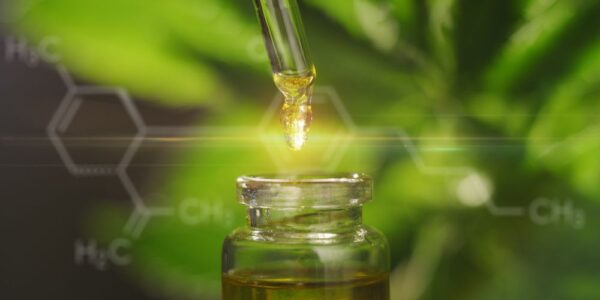 How Rare Cannabinoids Are Disrupting the Pharmaceutical Industry

“Rare cannabinoids like CBG/CBGA, CBN/CBNA, THCV/THCVA, and THCA all have significant evidence of major health benefits. For example, there have been many clinical trials on CBG/CBGA indicating its potential to help fight inflammation, pain, and nausea.”  Maxim Mikheev, CEO and Founder of Biomedican, a biotech startup designing patented low-cost methods of growing high-value compounds at scale with proprietary yeasts. 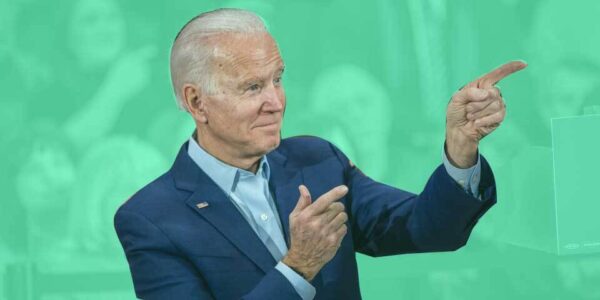 Multiple hemp and cannabis firms say they are planning initial public offerings under the assumption that Joe Biden will win the presidential election next month. 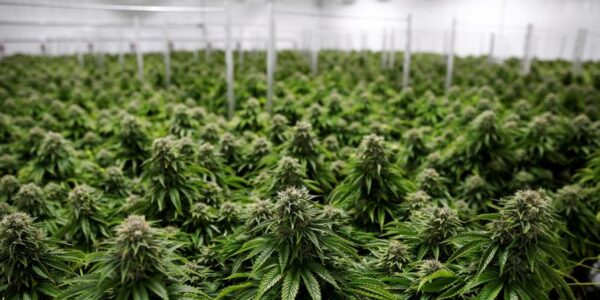 NEW YORK (Reuters) – A year ago, Flora Growth Chief Executive Damian Lopez had just spent a chunk of his company’s seed capital buying a Colombian cannabis producer, and was fighting his way through the legal and financial hurdles that have made development of the industry such a challenge over the past decade. 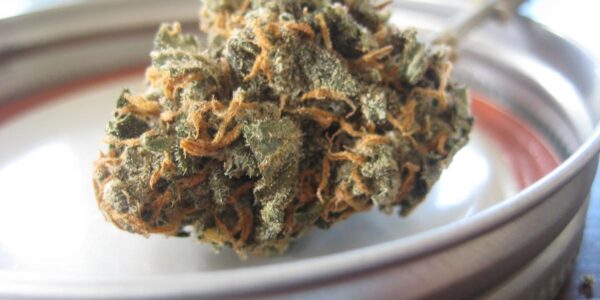 Dennis O’Neill, co-founder and CIO of California-based biotech startup Biomedican elaborated: “[CBD and THC] are known because plants can produce them in large quantities, which makes them significantly more affordable.” 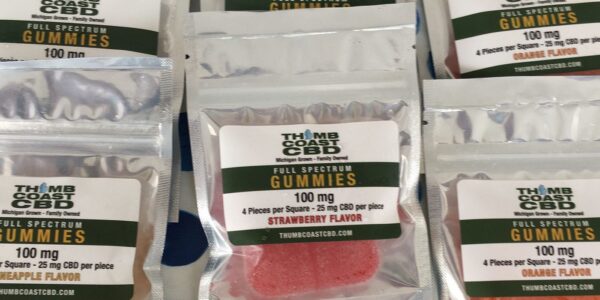 The race is on for synthetic cannabinoids

“Right now, making CBD means you’re in the farming business. By the time you harvest and extract and factor in the purification, it’s expensive,” said Dennis O’Neill, Biomedican‘s chief investment officer. “And you can’t even produce the exact same product every time.” 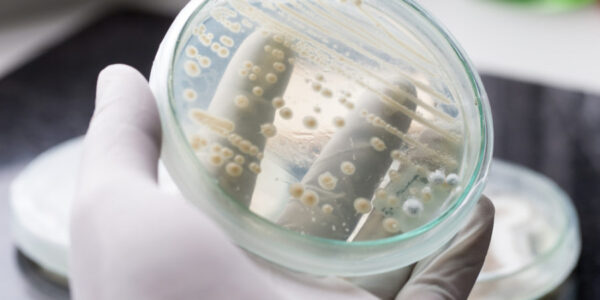 Fremont, California-based Biomedican has the means to produce CBG in large quantities.  “Right now, making CBD means you’re in the farming business,” Dennis O’Neill, Biomedican’s chief investment officer, told Bloomberg. “By the time you harvest and extract and factor in purification, it’s expensive. And you can’t even produce the exact same product every year.” 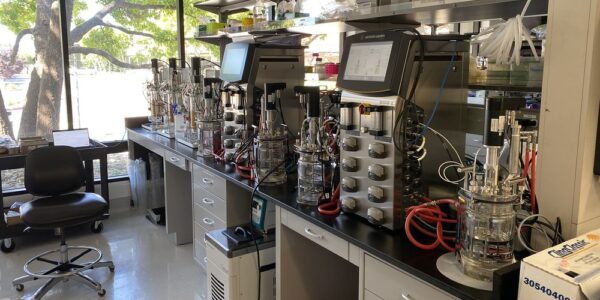 Race Is On for Synthetic Cannabinoids: Cannabis Weekly

Biomedican says it will soon be able to produce multiple strains at a similar cost [under $1 a gram], far below CBG’s current wholesale price of $20 a gram. “This is the next generation of CBD,” Dennis O’Neill said.

Why CBG and Other Rare Cannabinoids Will Supplant CBD

“CBD will become an afterthought as more potent cannabinoids replace it in medicine, beauty products, food and beverages, and more. Rare cannabinoids like CBG, THCA, CBN, THCV, and more will all contribute to this shift, with CBG being the most highly desired for its versatile applications in both the pharmaceutical and food/beverage industries.” Maxim Mikheev, CEO and Founder of Biomedican, a biotech startup designing patented low-cost methods of growing high-value compounds at scale with proprietary yeasts. 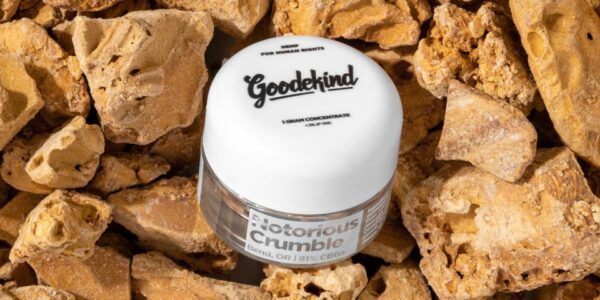 “According to Dennis O’Neill, chief investment officer at Biomedican, when it comes to producing rare cannabinoids, the grow-harvest-extract method is not only costly; it’s unreliable. Instead, the firm uses biosynthesis, a natural process that O’Neill likens to brewing beer, to grow rare pharmaceutical-grade cannabinoids at scale.” 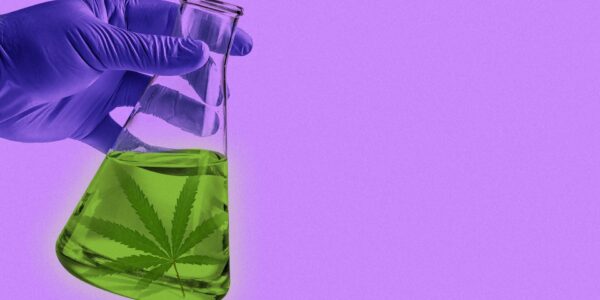 Biosynthesis companies will be able to produce expensive cannabinoids at a much lower price and without fears of contamination. “We can harvest every day, as opposed to a plant that requires 55 days to grow,” says Dennis O’Neill, chief investment officer at Biomedican – biotech startup. 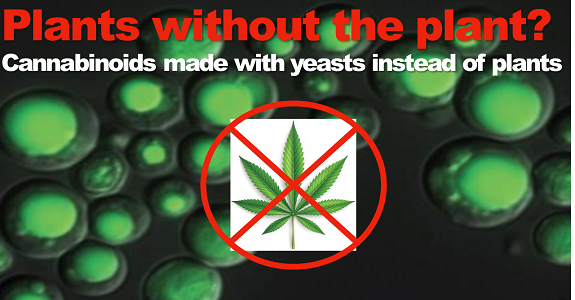 Plants without the plant? A look at cannabinoids made with yeasts instead of plants

SAN FRANCISCO, Nov. 19, 2020 /PRNewswire/ — BIOMEDICAN, a biotech company designing patented low-cost methods of growing high-value compounds at scale with proprietary yeasts, has successfully biosynthesized rare cannabinoid THCV/THCVA. The product is pharmaceutical- grade, 100% organic, non-GMO, and bioidentical to the molecules occurring in nature, with production costs that are over 90% less than current wholesale prices.

Fremont, CA — Biomedican, a biotech company designing patented low-cost methods of growing high-value compounds at scale with proprietary yeasts, has successfully biosynthesized rare cannabinoid CBG/CBGA and is setting up large-scale production. The product is pharmaceutical-grade, contains zero toxins and contaminants, and is 75-90% less expensive than current wholesale prices. Biomedican will be ready to ship CBG/CBGA in Q3-Q4 2021.

In this edition of “Rising High,” The Fly conducted an exclusive interview with Dennis O’Neill, chief investment officer of Biomedican, a producer of pharmaceutical-grade compounds using natural biological synthesis.