Invest in cannabis for a healthier future of our society

Our biosynthesis platform is positioned to disrupt the largest $1B+ and fastest-growing markets, including the market of biosynthetic cannabinoids projected to reach $10B by 2025: 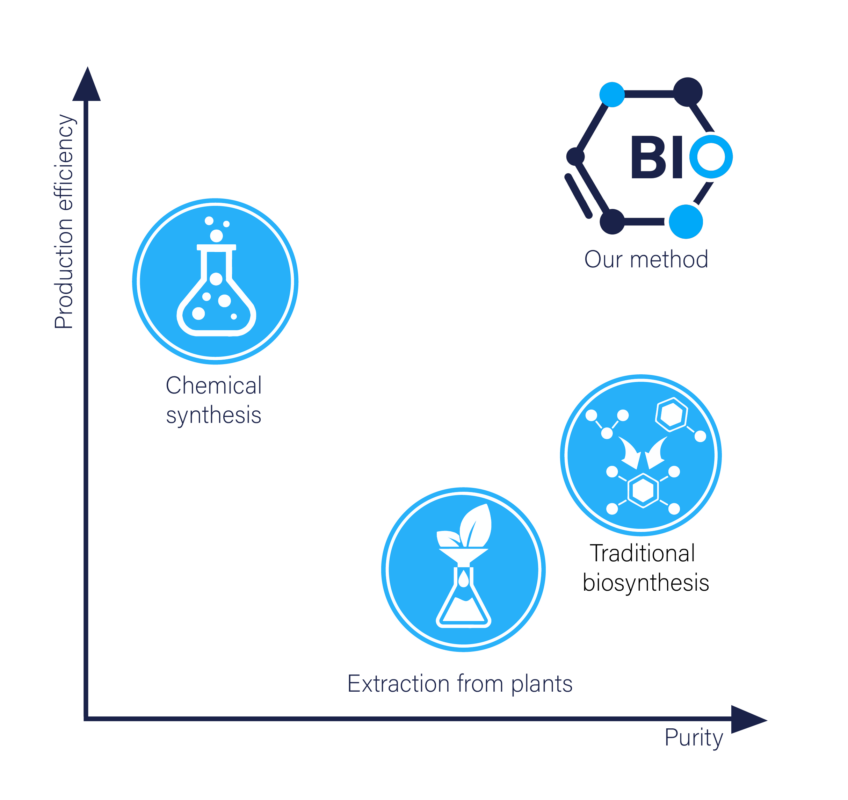 Why invest in cannabis with Biomedican?

The white biotechnology sector is devoted to the sustainable industrial production of compounds with high societal value. As the cannabinoid market surges, the therapeutic value of hundreds of cannabinoids is coming to light. It is their potential to impact the quality of life of many patients.

Biomedican research and production strategies are continuously improving. Our intellectual property portfolio keeps growing as we aim to streamline the production pipeline of pure and consistent compounds that are in high demand across many regions in the U.S. and Canada.

Investors benefit from the ability to participate in an industry currently gaining enormous momentum. Our proprietary technology can revolutionize the cannabinoid supply chain and directly feed into several markets where cannabinoids and terpenes are in high demand. As the production of cannabinoids and terpenes through biosynthesis is significantly quicker than traditional methods, investors can expect a faster return on investments.

Cannabinoids fit into a multitude of diverse and rapidly expanding markets: 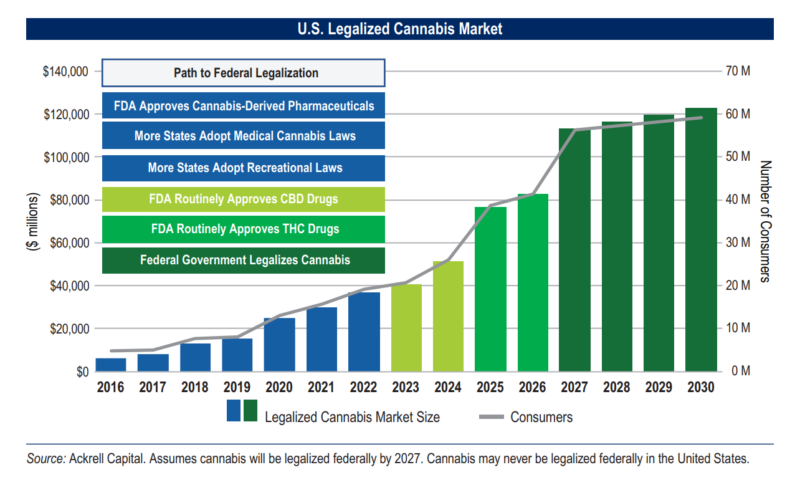 For this growth to occur, the market demands high-purity low-cost products. The current production methods are insufficient to meet this projected demand, as rare cannabinoids are not produced in large quantities by cannabis plants — the conventional vehicles for production and extraction of such compounds.

The pharmaceutical potential of cannabinoids cannot be overstated, as the efficacy of cannabinoids has been implicated in treating pathologies with billion-dollar markets in the U.S. alone. Our low-cost production of such high-value compounds will generate a competitive advantage over traditional forms of treatment for diabetes, cancers, autoimmune disorders, respiratory disease, nervous system disorders, pain, viruses, ADHD, and more.

Astaxanthin’s global market was over $1 billion in 2019 and is projected to reach 3.3 billion by 2027. The US astaxanthin market comprises about 40% of the global market and is proliferating.

Biomedican has developed a biosynthesis process to produce the highest purity and lowest cost organic astaxanthin in the market. Astaxanthin is the most powerful antioxidant in the world and is being used as a nutraceutical for human consumption and fish/animal feed. The US astaxanthin market comprises about 40% of the global market and is proliferating.

The nutraceutical market demands carotenoids for many purposes. Just last year, the market for one carotenoid – astaxanthin became a billion-dollar industry. Not only are carotenoids efficient antioxidants in high demand in the dermatology and cosmetology sectors, but they have also been implicated in increasing overall blood flow and alleviating diabetes by reducing blood sugar.

Besides human health benefits, carotenoids are in pressing demand in the animal feed industry. Astaxanthin is frequently used in aquaculture to supplement farmed-fish diets. The fish derive their reddish colors from the carotenoids, which they would typically get in the wild. The reddish colors are desirable by consumers, which increases the appeal, demand, and profit margin of the carotenoid-fed fish. Carotenoids are also used in the poultry sector to make egg yolks richer in color.

Biomedican is experiencing explosive growth in one of the fastest-growing markets in the world today: cannabinoids and astaxanthin. While we are raising additional capital, we offer you an opportunity to invest in our company.