Definitions of CBN and CBNA

Cannabinol (CBN) is one of the 200 rare cannabinoids found in the cannabis plant. CBN is known as a “sleep” cannabinoid. It is found in a minimal concentration in the plant. Cannabinolic acid (CBNA) is an acidic form of cannabinol as well as it’s precursor. The medical properties of CBNA are expected to have beneficial effects similar to CBN.

CBN and CBNA concentrations in the cannabis plant range between 0.1 and 1.6% and increases gradually as the plant ages. CBN and CBNA are present as metabolites of THC. When THC degrades in the presence of oxygen or UV lights, the primary metabolites CBNA is produced.  This metabolite, i.e., CBNA, undergoes a chemical process known as decarboxylation and produces CBN.

A study published in  Advances in Pharmacology in 2017 mentioned that CBN is the first cannabinoid isolated from cannabis plants. This discovery is considered accidental due to poor handling, storage, and quality control of THC, which was degraded into CBN. The potency of cannabinol is 1/4th that of THC.

Cannabinol has a potential anti-inflammatory and immunosuppressive effect. It binds to the CB2 receptor of the endocannabinoid system, which is a G-protein coupled receptor. CB2 receptor is expressed on the surface of various immune cells, such as T-cells, B-cells, macrophages, and dendritic cells. Cannabinol binds to receptors and activates multiple cellular pathways that take the cell towards apoptosis.

According to a 2014 study, cannabinol inhibits the release of various cytokines and activity of multiple enzymes, including cyclooxygenase, lipoxygenase, and cytochrome P450 enzymes. CBN stimulates phospholipases as well as promotes bone function by recruiting mesenchymal stem cells in the bone marrow.

Yamamoto et al. discovered a metabolite of CBN that is 11-OH-CBN, having a high affinity for rat’s CB1 receptors. The metabolites produce an agonist action on CB1 by inhibiting cAMP.

In 2006 an article published in the British Journal of Pharmacology determined CBN can control cancer cell growth when combined with other cannabinoids.

Application of CBN and CBNA 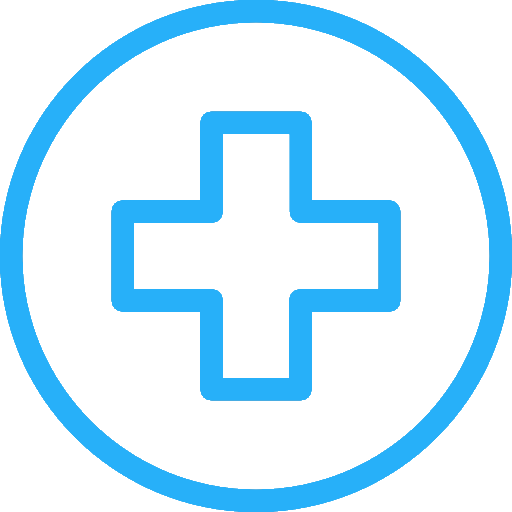 CBN and CBNA have various therapeutic effects, such as anti-bacterial, anti-inflammatory, neuroprotective, and GIT-related effects.

A recent study on rats determined that when CBN was used as an intervention, the food intake of rats increased. Thus, the study concluded CBN to be a potent appetite stimulant.

CBN and CBNA protect the brain from oxidative stress. Since CBN reduces various inflammatory cytokines, it can help patients suffering from rheumatoid arthritis. CBN reduces intraocular pressure and have potential to be used as a treatment option in glaucoma.

CBN can help treat various skin conditions such as dermatitis, acne, and skin cancer. The inhibitory effect of CBN and CBNA on the release of interleukins and tumor necrosis factor (TNF) can help promotes a healthy inflammatory response.

CBN is available as an oil in market that is considered the best sleep aid cannabinoid product.

The legality of CBN and CBNA

Several states have legalized the recreational and medicinal use of cannabinoids. However, investors are waiting for legalization at the federal level.
To date, in the United States, CBN/CBNA is not on the controlled substance list.

However, because CBN is considered an analog of CBD or THC, it may face complex legal issues. 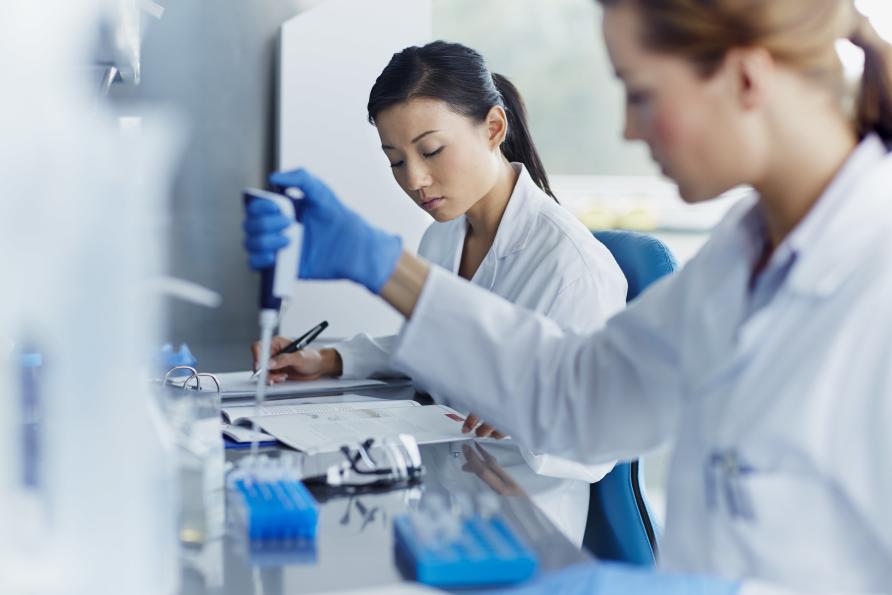 Modern-day advancement in research is helping researchers highlight emerging fields where cannabinoids can play their part. Recently a study found that CBN can act as an agonist on the TRPV2 receptor and help treat burns. A 2018 study studied the effect of CBN on affect breast cancer resistance proteins.

In 2020, researchers announced that CBN and its acidic precursor have a necrotic effect. They observed this necrotic effect during a preclinical study performed on human colon cancer subjects.

Rare cannabinoids, such as CBN/CBNA exist in minimal quantities in cannabis plants. This makes their extraction and purification inefficient, costly and environmentally taxing. CBN/CBNA is extracted from cannabis, which requires significant regulatory oversight and can produce inconsistent yields which is prone to contamination from pests, mold, and pesticides.

Biomedican generates cannabinoids such as CBN/CBNA and terpenes directly from proprietary yeast without costly plant cultivation or inefficient extraction and purification procedures in a scalable fashion. Production facilities for biosynthesis cost a fraction of traditional cannabis facilities enabling much more cost-efficient manufacturing. Biomedican produces high-quality cannabinoids that are identical to the ones found in nature.

Our proprietary technology can revolutionize the CBN/CBNA supply chain and directly feed into several markets where cannabinoids and terpenes are in high demand. 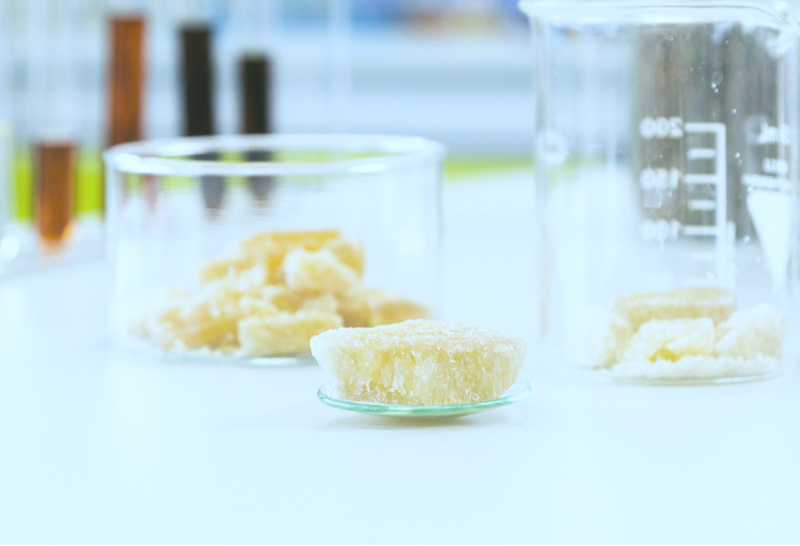 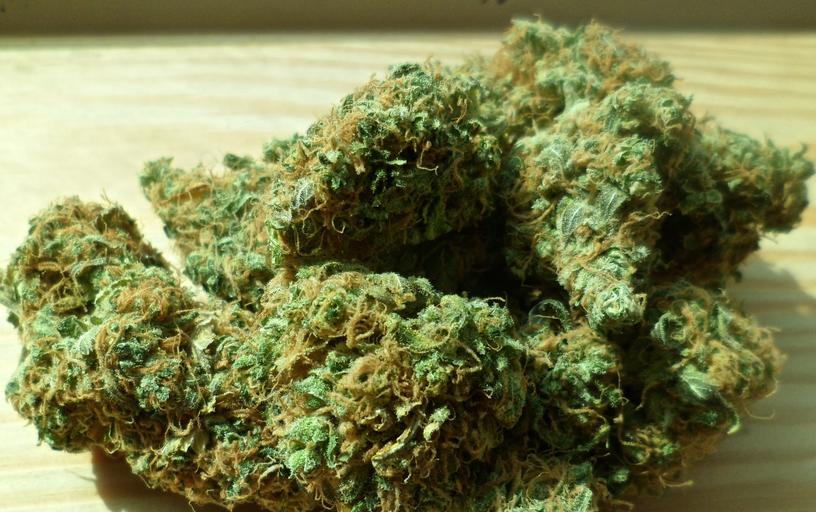 What is Cannabinol(CBN)? Is CBN an inactive cannabinoid? 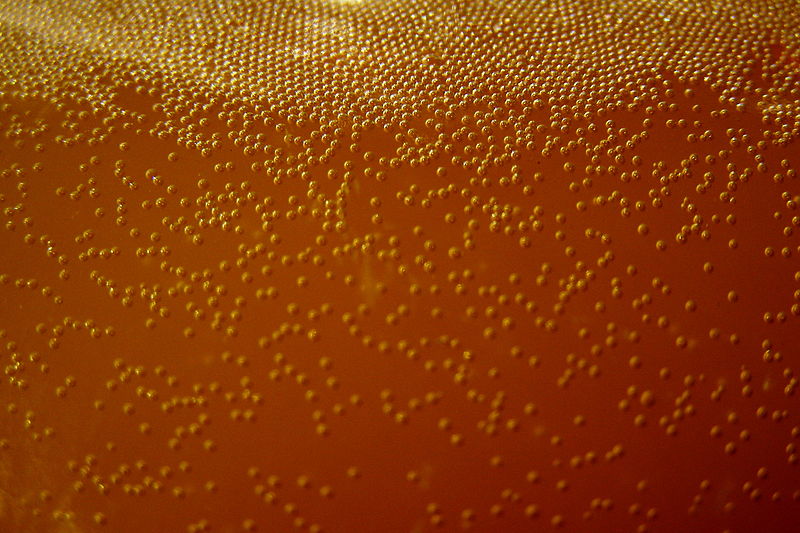